A downloadable alpha for Windows and macOS

A tale of lost memories, personal connections, and deception. A young girl, stolen from her innocent world, and forced to survive among the monsters. It's proof that beasts lurk in the shadows, and nobody is safe. It is the story of Alexandra diCourtne…but it could be any of us.

This is the story of Die Nachtblume - the Night Flower.

Due to traveling and incorporating new music, while the Prologue and Chapter 1 draft is draft-complete, the final version is not released yet. The demo includes up through one of the endings of Chapter 2, though it is an alpha demo and still may have bugs.

Also the Cedar Village questline is a new addition in Chapter 1, and as such is incomplete (still being worked on).

Follow along with Alexandra diCourtne in exploring not only the Plains of Emet in the kingdom of Koirun, but also Trumlui Cathedral, the mysterious northern forests, ruined villages, and figuring out who you can trust.

5-17: Draft complete through Chapter 2, though there are chapter end options that still need work. Cedar Village now accessible in Chapter 1, but its questline is incomplete as of now.

4-29: Fixed some tiling issues in the Prologue as well as a conditional in Chapter 1.

3-26: Fixed a sly bug in the alpha demo that caused the game to freeze. Progression should be through draft-complete Chapter 1.

In order to download this alpha you must purchase it at or above the minimum price of $7 USD. You will get access to the following files when they are released: 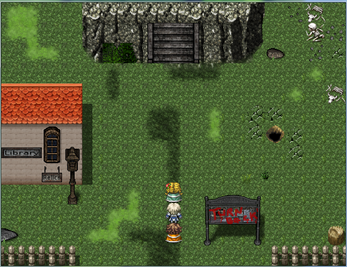 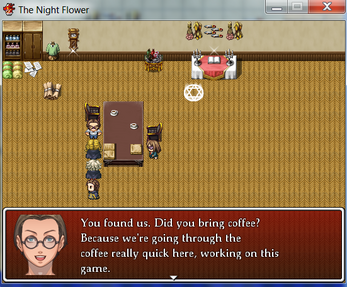 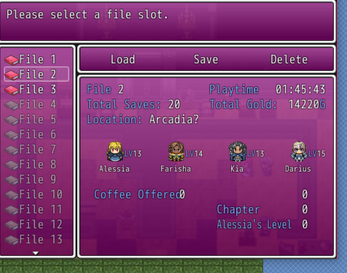 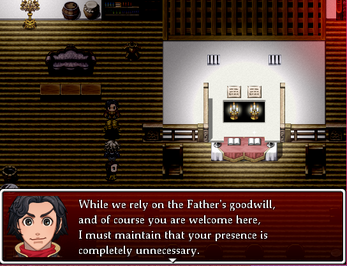